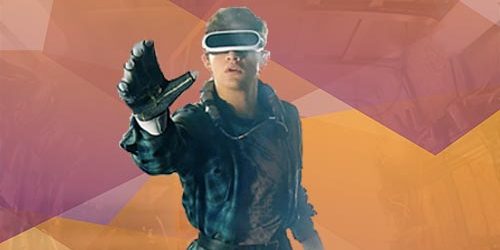 The trailer for Ready Player One, released two weeks ago, has sparked new interest in VR. And for those of you who may be wondering when we will have the virtual reality world like that depicted in the book, the short answer is a long, long time in the future. The truth is, to build a world where virtual reality can compete with the real world will take generations to achieve.

In October, Facebook announced its aim of having 1 billion VR users. It’s an ambitious goal, one I have no doubt will eventually be achieved, but much like Ready Player One, the question is how long will it take? As of October 2017, the world population was 7.5 billion, meaning Facebook will have to convert at least 1 out of every 8 people into VR users. Since Virtual Reality goggles are more high end entertainment, it’s likely something that will be adopted by people in developed countries first, with adoption coming much later in lesser developed areas of the world.

Aside from the speed of global development, there are other factors that are slowing wide-scale adoption of Virtual Reality goggles, including the following:

Not until all of these issues are tackled will people feel comfortable adopting VR. Of course these issues won’t be tackled at once, but gradually over time. Some may be solved with increased computing power, but as I stated in my previous article about where the VR stands today, the existing PC-powered goggles are already pushing the limits of the PCs, and smartphone-powered goggles have no way of meeting the minimum requirements of Virtual Reality. Currently, the computing power is the main bottleneck of the development of VR. And while some of the issues mentioned will be resolved by themselves over time, the time needed is hard to measure or to estimate, so the best educated guess I have is 2 to 3 years.

Now, how long to get to 1 billion users? If we use computing power growth as an estimate, what may be the earliest possible day to reach this scale? First, a few assumptions need to be made here:

As of the end of 2017, the computing power of high end PCs is only able to support 4K image rendering, so it will take 2 years to reach 8K and probably another 2 years to reach 16K. And this is being extremely optimistic and assumes the display screen hardware technology is developing at the same pace. Although we can reach 16K computing power in 4 years, the cost of VR will not come down as top of the line PCs which will still cost $1800 to $2500 in today’s dollars. Therefore, we have to wait at least another 2 years for computer prices to drop and be affordable to where people generally will not need to upgrade or buy new computers to run VR. So in 4 years, we will possibly have 16K computing power and development of AAA VR titles in 16K will be started. Sure, there will be 4K and 8K AAA titles developed before this, but it will be at least 7 years until we have any awesome and compelling VR experiences that can compete with reality. And this is only the starting point for massive adoption.

1 Billion is a very significant number especially because by the end of 2017, there are approximately 4 million PSVR, Oculus Rift, and HTC Vive owners, equalling to only 0.04% of the 1 Billion. Some financial experts have projected the annual growth rate will be 50% starting in 2018 which means that 1 Billion users can be reach in 8 years, but I strongly disagree. From our analysis above, not until the issues mentioned can be addressed to certain extent, mass adoption won’t occur. Our projection would be that the 50% growth rate would start in 2024, 7 years from today, and the growth rate will slowly increase to 50% from 2018 to 2024. As a result, 1 Billion VR users will be reached in 10 to 12 years from today, a number that is extremely optimistic barring a major technological breakthrough.

Ready to try out virtual reality for yourself?
Click the button below to book a session with VRPlayin and see why everyone is talking about VR!
BOOK NOW

I know you may argue that we have not taken into consideration the stand-alone (smartphone powered) goggles both Oculus and HTC announced, the Oculus Go and Vive Focus. With these more mobile and budget-friendly goggles, adoption may be greatly accelerated. As I mentioned in the article “The Present of Virtual Reality (VR)”, these goggles will be ditched by users very soon as they do not possess the quality to compete with PC-powered goggles, so we are assuming a true adoption in the beginning of the analysis (meaning repeated use of VR goggles and applications), and not a one time purchase or the rare use of VR goggles. All smart-phone powered VR goggles are way too early to provide a pleasant experience, and give a wrong first impression on the true capability of VR or solve any of the challenges mentioned in our articles. Oculus, Google, HTC are all trying to take a shortcut or seize a large market share in the VR industry before the next generation PC-powered goggles hit, but this really is the wrong route and will actually delay the true adoption of VR.

First impressions matter a lot, especially for new technology. Remember the days where people were slamming the iPhone for not having a physical keyboard before even trying it, and were so in love with Blackberry? Eventually , Apple turned people’s view upside down with the new technology of multi-touch and we all know how that turned out for RIM.

On a whole, 1 billion users is feasible but it needs at least 10 years to achieve. I’m a strong believer in Virtual Reality, and have seen many VR applications for healthcare, education and entertainment that show the broad potential the technology holds. And although VR is now mainly used for entertainment, this use is actually a really good start to get the masses interested in the medium before its use and applications expand.