So, What The Hell Is VR Anyway?

You are here:
VR Education 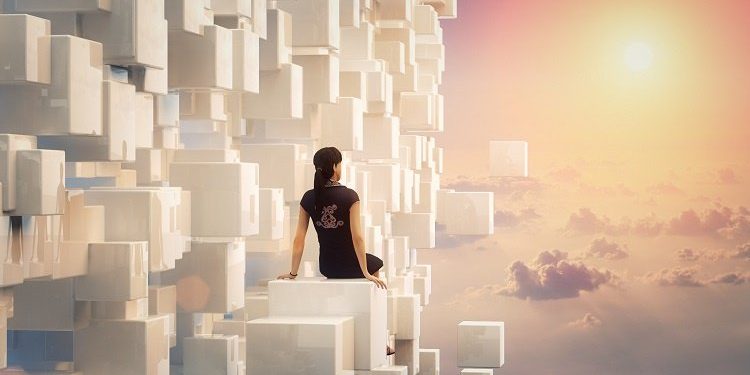 We often hear the term VR and Virtual Reality, but do most of us truly understand what it really is and where it stands today?

There are a lot of articles out there that explain VR or virtual reality very well, but they mainly do so from the technical perspective, rarely ever fully representing the potential of Virtual Reality.

Let’s get to the point: Virtual Reality is digital simulation. When done well, it can trick the brain to process digital information in ways similar to processes we use day to day in the real world. Effective VR has the potential to turn dreams and imagination into simulated reality and while we’re still at a very primitive stage, VR’s ultimate form may well be to bypass human sense completely, sending information directly to the brain and nervous system, replicating not only what you see, but feel, hear, smell and taste, all within a different environment.

This may sound all a little scary, but when we think of VR as not a technology, but instead a new medium, suddenly its potential begins to feel immeasurable.

Maybe you haven’t experienced VR yet, but you for sure have seen advertisements of people wearing large, ugly head mounted displays (HMD) somewhere. These ‘goggles’, some of which are rather bulky, are the most recent innovations in VR. Despite the first VR goggles coming out in the 1960s, we’re now towards the end of 2017 and there are still only two types of Virtual Reality goggles — ones that use PC hardware, and ones that rely on existing Smartphone hardware to function. In either case, no VR dedicated processor has been created yet.

There are two main brands for PC-powered goggles, Oculus Rift and HTC Vive. While there’s no huge difference in terms of quality of visual and accuracy of position tracking, both are state-of-art products squeezing every bit of computing power out of PCs. The visuals from each display are stunning and the experiences extremely smooth. Motion sickness is now largely a thing of the past and although VR has a long history, it is only now being realized how much computing power is needed to reach the minimum requirements for Virtual Reality.

Moving away from heavy powered PC VR, smartphone-powered goggles are everywhere. There are countless manufacturers producing them, ranging from the cheapest Google Cardboard, where you need to put you phone in, to the more expensive stand-alone goggles where the goggle itself contains a build-in mobile-like device. All of these devices do have one thing in common; they have to thank Google engineers for making VR available on mobile phones in 2014. While smartphone-powered goggles introduced ease of access to VR, it also unfortunately misled many consumers into thinking PC powered VR would be similar in scale and quality to its smartphone cousin, which is frankly far from the truth.

A second concern is isolation. People, especially adults, tend to get nervous when they feel detached and isolated from reality. It’s human nature, especially when what you normally use to process the information around you is altered. Fortunately, it’s something that can be overcome by pretending the virtual environment is in fact the real one. Beyond that, early VR content tended to be single player but now it’s commonplace to have users experience VR with their friends or significant others at the same time in the same virtual world, something that, with the growing amount of multiplayer VR content, it should allow not only a large group of people to enjoy VR in the same virtual environment, but allow a new user to feel less isolated and able to fully immerse themselves in the unprecedented and mind-blowing experience that is VR.

Ready to try team building in VR for your next corporate booking or event?

Come to VRPlayin for a free 30-min demo and tour!