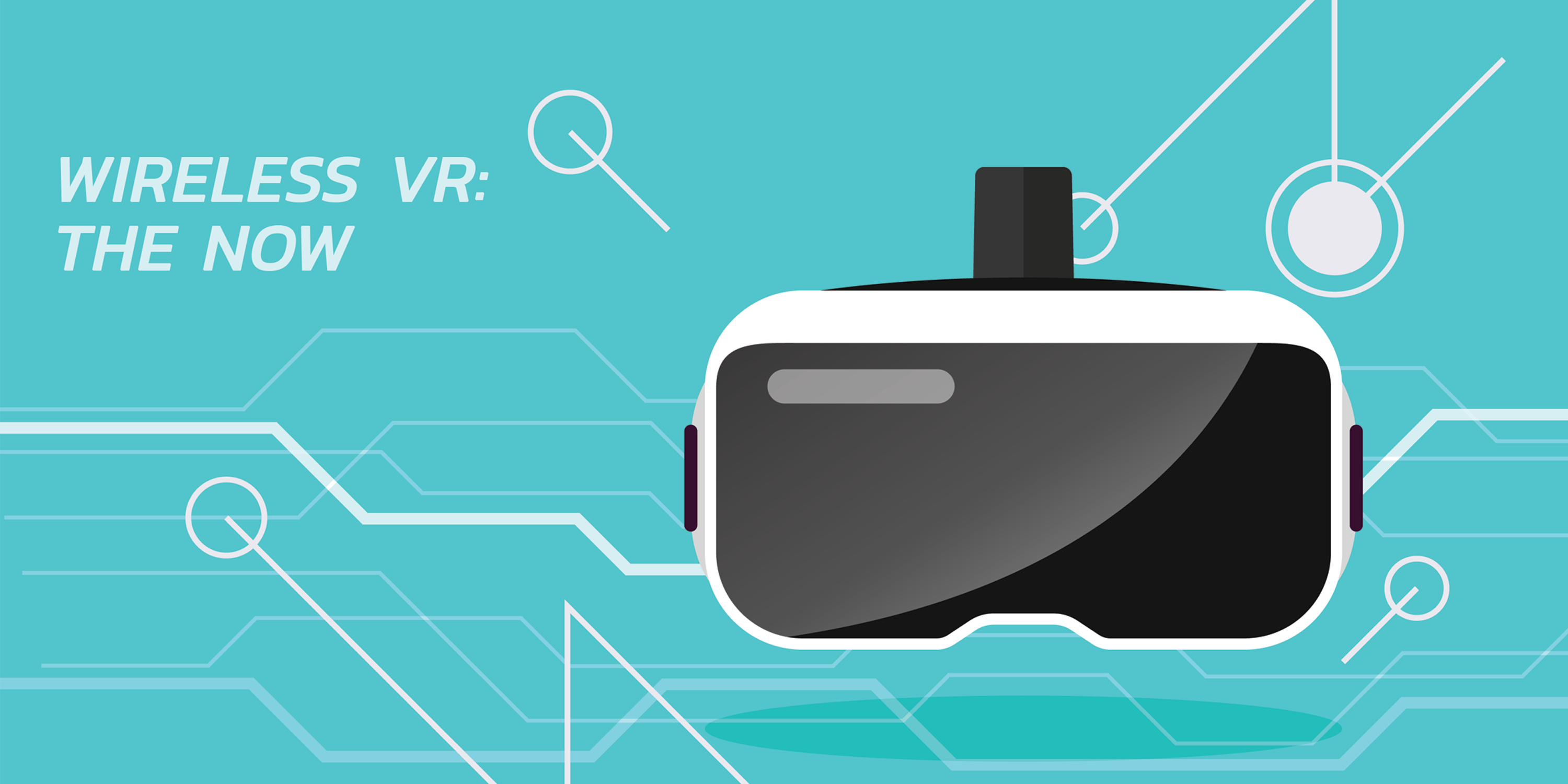 We’ve talked in the past about wireless VR technology in it’s most accessible form, that being Standalone VR Headsets. However, today I want to focus on a different style of wireless VR. That being the pros and cons that come along with cutting the cable on your high end, PC tethered, VR headset to achieve a more freeing virtual reality experience.

Okay, whoa slow down, don’t actually cut the cable! I mean this in a figurative sense as the market now has two version of wireless technologies, a third party one and a first party one. Let’s talk about the former first.

Released in mid-2017, the TPCastVR is a wireless kit which you add to your play area and allows for not having a cable running from your headset to your PC. The setup is as follows: There is a standalone 60GHz wireless transmitter that must be installed above the user, a receiver attached to the user’s head strap, and that cable runs from the headset to a battery either attached to the headset or in the user’s pocket. Not the most glamorous setup, but this was the first time we saw something like this and it created this whole market for wireless VR.

While complaints were issued, and we’ve experienced them, the 2nd generation seems to have addressed some of them, but not all. And as a plus, it can now be ordered internationally, and it no longer needs to be sneaked out of China by a school of trained carrier pigeons.

When HTC released their wireless adapter earlier this year, it showed that HTC has finally seen the potential benefits of developing a wireless medium for their headsets: to be able to free the user from the cable and allow them to move freely throughout their space, at an added cost. The same as the TPCast, the user will mount a transmitter (this time plugged into the PC itself) and a receiver on the headset once again. The transmitter’s location is a severe limitation for all who rely on “VR Ready” laptops and pre-build pretty machine such as the Asus GR8 and G20, which don’t have the physical space to fit the transmitter within.

So what are the main benefits to this? What about free roam VR?

These are all really good questions and it really comes down to a few things. As VR is already somewhat of a small-market product, and the wireless solution targets a niche of a niche. But let’s address these questions in reverse order.

Free roam VR: While it may be great for a venue such as ours, well… maybe not such as ours, larger venues. What is understood as Freeroam VR implies the use of backpack PCs, like the HP Omen X P1000 Series or the MSI ONE VR, which may be cool, but realistically beyond VR you’re better off with a laptop at your local coffee shop. If you plan on getting this tech at home I’d recommend you stick with the traditional high-end desktop (or ultra-high-end laptop) plus and the TP-Cast if you have an Oculus and the HTC solution for the VIVE (and VIVE PRO). Worst case scenario you will end up with a high quality, high capacity power bank that you can take on lengthier trips.

That being said touching on the benefits of the wireless, @$250+ USD for a power bank may be overkill, but that is a serendipitous occurrence. Wireless VR, in your house, saves you a lot, and I do mean a Lot, of hassle when it comes to spinning around in circles and not having to worry about stepping over the cable or having it coil up. But the question then is how much time are you spending in VR? And is it a worthwhile extra investment? From an early adopter perspective, who as purchased a TP-Cast, I use the power bank more than my personal VIVE, granted it is 1st gen. But if you are an avid VR user, the benefits of the wireless are there, from Developer to Gamer and Streamer, A wireless solution allows you to be strapped to the headset and jump off your seat and in VR and back at the drop of a hat.

BUT, but if you are on the fence, and have not invested in VR yet, I’d say you wait, test the VIVE Focus if you can get your hands on one this year, or the Oculus Quest that launches sometime Q1 or Q2 2019.

Lastly, while we don’t offer wireless VR, you won’t tangle yourself with the cable in our space. So stop by and try our Game of the Month on the house for a chance to win an hour long session or redeemable points.