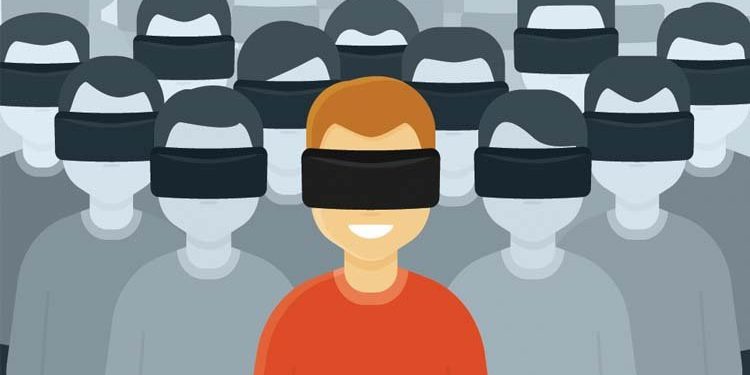 VR has so many uses today in the modern world, but a big chunk of the population still has never experienced it. In an effort to help push the adoption, some major brands have jumped on board and used VR in their advertising campaigns. Today we’ll talk about three that stand out among the crowd.

First and foremost, you may have heard of a little show called ‘Game of Thrones’. If you are well-versed in the Westeros world, you will know the shaky elevator ride Jon Snow had to take up the 700 foot wall to get to Castle Black. Well, if you were lucky enough to be at SXSW in 2016, you may have had the chance to ride the elevator too. The Oculus Rift experience makes you walk into the same cage Jon Snow did and once you put on the headset, the wind hits you and the ground begins to shake as you begin scaling the 700 foot ice-cold winter wall. As you reach the top and the door opens, frigid air hits you in the face as your character begins walking to the edge of the wall to overlook the plains where Wildlings begin to attack! As a flaming arrow hits you, you lose balance and it drops you down the 700 foot cliff. If ever you’ve tried VR, you will know that that is a very real experience as nobody ever wants to fall to their death. With the sound design created by the team who made the movie ‘Gravity’, you know it will be powerful. Definitely worth checking out if ever they run the experience again!

Moving on to a bit of a different style of experience, Greenpeace and the New York Times have both taken on the task of really putting you in the places they are talking about. From seeing devastated countries after storms and disasters to showing you places that you can save, they are doing it all, with very strong results. To quote an Econsultancy article: “According to Facebook, 48% of people who view charity content in VR are likely to donate to the cause they experience. This is because of the tool’s ability to create empathy, by transporting users to another world, and by placing them in someone else’s shoes. Other research backs this up – a 2017 Nielsen study found that 84% of VR viewers demonstrated brand recall, compared with only 53% of those who viewed standard video advertising.” Pretty powerful stuff. Feel free to check out both apps for yourself, or even on their websites, you will find some pretty eye-opening content.

And finally, what kind of VR Advertising article would this be without Samsung. As you may well know by now, Samsung likes VR… like a lot. And for good reason, they are a major player, if not the biggest player in pushing VR out to the world. GearVR is a pretty big deal now, especially ever since they have partnered with Oculus to provide a store to choose VR experiences from. If ever you want to try VR out, just head to a Samsung Mobile store and they will let you try the GearVR headset, and if the store is big enough they may even have the full-motion roller coaster simulator. If you are planning on getting a new phone and want to try the highest-end mobile VR solution, pick yourself up a flagship Samsung phone and they will probably give you the headset for free!

Alternatively, why not try Virtual Reality out with your team for your next corporate event?
Check out what VRPlayin can offer you to make your next event a success!

So that about wraps it up! These 3 (kind of 4) major brands using VR in their advertising campaigns is good for everyone as it educates more and more people on Virtual Reality technologies in many platforms.