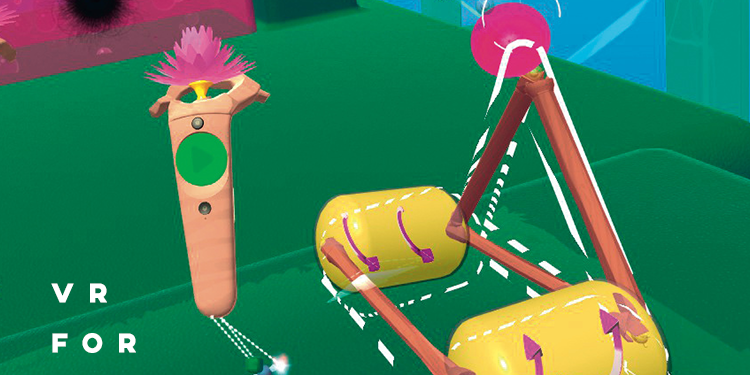 While you may have heard of this new thing called Virtual Reality (aka VR) as the newest toy that all the cool kids are getting, it is important to note that not all they are doing is playing video games. Ideally, things such as The Matrix and the Holodeck from Star Trek should come to mind, or The Lawnmower Man if you want a more obscure reference.

But before you jump to conclusions and say that VR is all about games, I would ask that you please reconsider. While indeed a large part (if not the largest part) of activities surrounding the technology is entertainment, there are many applications in VR that provide some sort of education. Going back to the Matrix, Neo learns Kung-Fu in VR, among other things. And the holodeck was used in part as therapy to allow people to detach from being isolated in space for prolonged periods of time – something akin to people living on submarines.

We opened our doors knowing the potential of Virtual Reality, but chose to start off with the entertainment side. As children learn through experimentation and more importantly learn through play, we wanted to introduce the technology to people starting with the more entertaining aspects. Yet, as it has been 2 years now since VR became reasonably accessible to everyone, and 1 year since we’ve opened, it’s time we talk more seriously about education and how Virtual Reality can enhance the way we learn.

We’ve done our best to offer a wide selection of content from fun, to passive, to educational. VR currently has many applications in professional training, from doctors practicing how to perform surgeries and medical students learning about the human body, to the Pickering nuclear power plant using Virtual Reality to help train staff on how to repair the reactor, with technicians having the possibility of practicing procedures, learning where things are, and having discussions around things crucial to the operation of the reactor.

HTC, one of the major hardware manufacturers, has built a full classroom experience for VR, where the teacher can take children on virtual field trips to historic sites, or explain more abstract concepts.

HTC has also recently donated close to 100 headsets to libraries across California and Nevada to help provide enhanced educational opportunities to the local communities through its Vive Libraries Program.

As for us, in the past year we have built educational partnerships and have repeatedly had schools in our venue learning both hard sciences and soft skills, while at the same time we have been going to schools and giving kids new perspectives on the world of physics as well as offered them the possibility of exploring new creative mediums. Our aim, beyond entertaining people, is to educate people about the technology, specifically about what it can do and how it can empower us to do new things, and do old things better and faster.

If you’re looking for something where kids learn through play, we got you covered!
Check out our group packages below, and let us show you what you can learn with Virtual Reality
VRPLAYIN GROUP EVENTS

As an example, one of the titles that we like to show off as a highly educational experience is Fantastic Contraptions. At its core, it is a physics puzzle game that allow users to also make custom scenarios. Using this title we’ve explained simple concepts like center of mass and how minute angle variations on a wheel can have a big impact when that wheel travels a large distance. But explanations are only half of it, because as a puzzle game, the other half is practice. Through play and experimentation kids learn how to build mechanical devices with simplified versions of cars, cranes or conveyor belts. In a group setting, this allows them to work together and troubleshoot their creations through an iterative process, that unlike a real world setting will cause them no harm by interacting with large moving objects.

Another great example is MasterpieceVR, where we can teach spatial awareness. As a powerful creative tool, this title allows the creation of 3 dimensional objects in space and also allows multiple users to interact with the objects at the same time. This enables collaborative work, where kids are tasked to recreate a scene in space from 2D reference images, all the while an instructor can be in there with them, guiding them along.

For my last example, something that is more play at face value is Rec Room, which has several team based activities from quests to paintball. Said quests are something we use for team building activities as well, due to the strong collaborative nature that forces players to work together if they want the prize at the end of the gauntlet. Tailored toward more soft skills like teamwork, collaboration and awareness, Rec Room is great at getting people to work together and in doing so building bonds between individuals that make them more aware of those around them, their capabilities and their temperaments.

But as mentioned before, the world of virtual education is vast, and we’re just at the beginning! We can’t wait to see what else the future holds for this amazing technology.