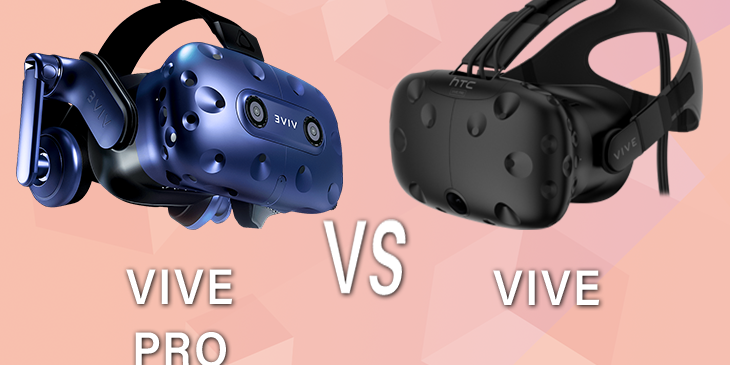 A few weeks ago I wrote about the 5 key differences between the various VR headsets when it comes to specs and price. As VRPlayin is a venue that prides itself on the exclusive use of the HTC VIVE, it is worth writing as to why we have not yet upgraded to the VIVE PRO, and why you, dear reader, should take the hype with a grain of salt.


At face value, the specs are an improvement:

The takeaway from this spec sheet should be the following:

So on the specs side alone, due to the sheer price difference the old VIVE would be a better choice.

On the other hand, when it comes to the design of the headset, the pro has some advantages that the classic can’t beat. These revolve primarily around ergonomics. Unlike the deluxe audio strap that the VIVE now ships with, the strap on the VIVE PRO headset is designed with ergonomics in mind – shifting weight away from the face and to the back of the head. The built in headphones are also a nice touch thanks to their noise cancelling foam. However, reviewers have complained about the quality of the sound.

By having a sturdier frame and a more rigid design it takes large segments of the population away from the headset, as some cultures require headdresses to be worn at all times when in the presence of other people. While this is a problem for most headsets, it is a particularly challenging problem for the VIVE PRO.

Before a final verdict, we should discuss use cases. Firstly, If you’re like me and have a VIVE in your house already, you may consider upgrading to the PRO. I certainly have.  But what would justify the added cost? For my work I sometimes use my headset to replace my monitor to avoid light from my screens waking people up in the room where the VR space is setup. Which is cool, but after 1 or 2 hours the screen door gets to me and I tap out. The PRO would help me be in VR longer and work more without using my monitors, but do I really want to spend 800+ dollars for an occasional screen replacement? Not really…

On the second hand, you have commercial entities, such as where I work, that would add an additional ‘wow’ factor by having the latest and shiniest hardware on the market. But multiply a business license over 10 or 20 systems and you’ve got a lot of money that you can spend on many other things. Which again comes down to the question of if it’s really worth it.

Want to spend some time in VR with the HTC Vive? Check it out at VRPlayin and decide for yourself if you’d like to invest in the upgrade!
BOOK NOW

So as a closing thought, consider the VIVE PRO a next generation phone, when the previous generation is still a nice, fully functional device. If you have the money and want the best the market has to offer for now, cool – get it. But if you want to save some money, and still have a great VR experience, get the original VIVE and skip a generation.