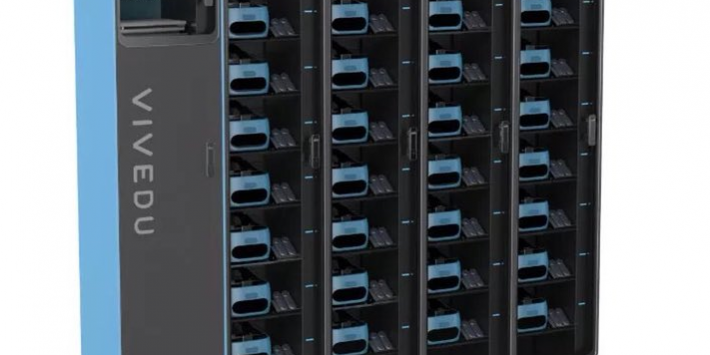 Education is a big part of the future of Virtual Reality and since our past article on the matter was some time ago it was time for a refresher with a more future focused outlook.

If you are unfamiliar with the concept, as a quick recap, Virtual Reality provides the user(s) with a simulated world at various degrees of immersion. Said immersion has the potential of completely isolating the the user from the real world so that most if not all interactions are with perceived to be within the simulation.

Firstly, on a philosophical level virtual reality can play around with the concept of self by having you experiencing things from other perspectives, from boring rocks to the lives of other living things and of course other people and cultures. That alone has educational potential.

And secondly, because nothing is ‘objectively real’ in the simulation one can also manipulate or disregard the fundamental laws of physics; from time to gravity.

In the aforementioned article I’ve touched upon 3 experiences: Fantastic Contraptions, Masterpiece VR, and Rec Room. The first being a true physics simulator that teaches kids rudimentary engineering concepts. The second is a creative tool that allows for painting and sculpting collaboratively in 3D space. And lastly Rec Room can be and is many things but at its core it gets people working together and with its punishing quest system it creates long lasting bonds.

The 3 experiences touched upon earlier are retrofits of existing applications to fit a desired paradigm. But looking into the future we will see many more experiences designed specifically for education.

One early example of this is an experience called Mars Odyssey, that takes the user from a platform orbiting Mars, down to the red planet’s surface where they get to interact with all 3 man-made expeditions, after which they get to see a potential Mars colony. At each level of the experience though, they get to interact with the expedition vehicles after which they are rewarded with information regarding their mission, and the purpose of the various sensor they carried.

Due to the nature of VRPlayin we have been approached by various developers making educational applications, and have even tested some truly amazing content. From going on an expedition to the arctic circle and identifying penguins to visually creating an atom and understanding the orbits of electrons, something I did not learn is school. As these experiences are still in development we will let you know once we do.

But in the meantime, if you want to check out some funducational experiences for you or your kids, consider coming by and getting some knowledge through experience or some fun social time to build bonds!

Moving forward lat’s touch on the hardware. The previous article featured a tweet from Alvin Graylin, the (HTC) Vive President for China, in which he showed a classroom collectively using the HTC Vive in an educational setting. Yet in the past few months, The classroom got an upgrade to the HTC Vive Focus, which is a standalone headset, meaning no high-end, ~$3000, PC is needed. This is great n ews, since last month we saw the launch of the Oculus Go, also a standalone headset.

The amazing thing about these standalone headsets is that. Firstly,  they do not require a high end PC to function. Secondly, they are mobile and thus can be easily taken to different locations, classrooms or venues.And lastly, they are becoming increasingly cheaper. With the possibility of adding custom educational software. This enables a school to have a VR closet or dedicated room, where students go get the equipment from or go to use the equipment.

Now imagine the possibilities in terms of content. From visual recreations of past events to the exploration of abstract concepts. I would not have imagined chemistry in VR, but then I built atoms, and the developers are considering adding some basic reactions to the experience.

I feel like ending with a thought exercise is a good place so I won’t rant longer. By next week this time I will have the last part, Part 5, of the Japan journey up dealing with some big names.

Until then, see you in the virtual !