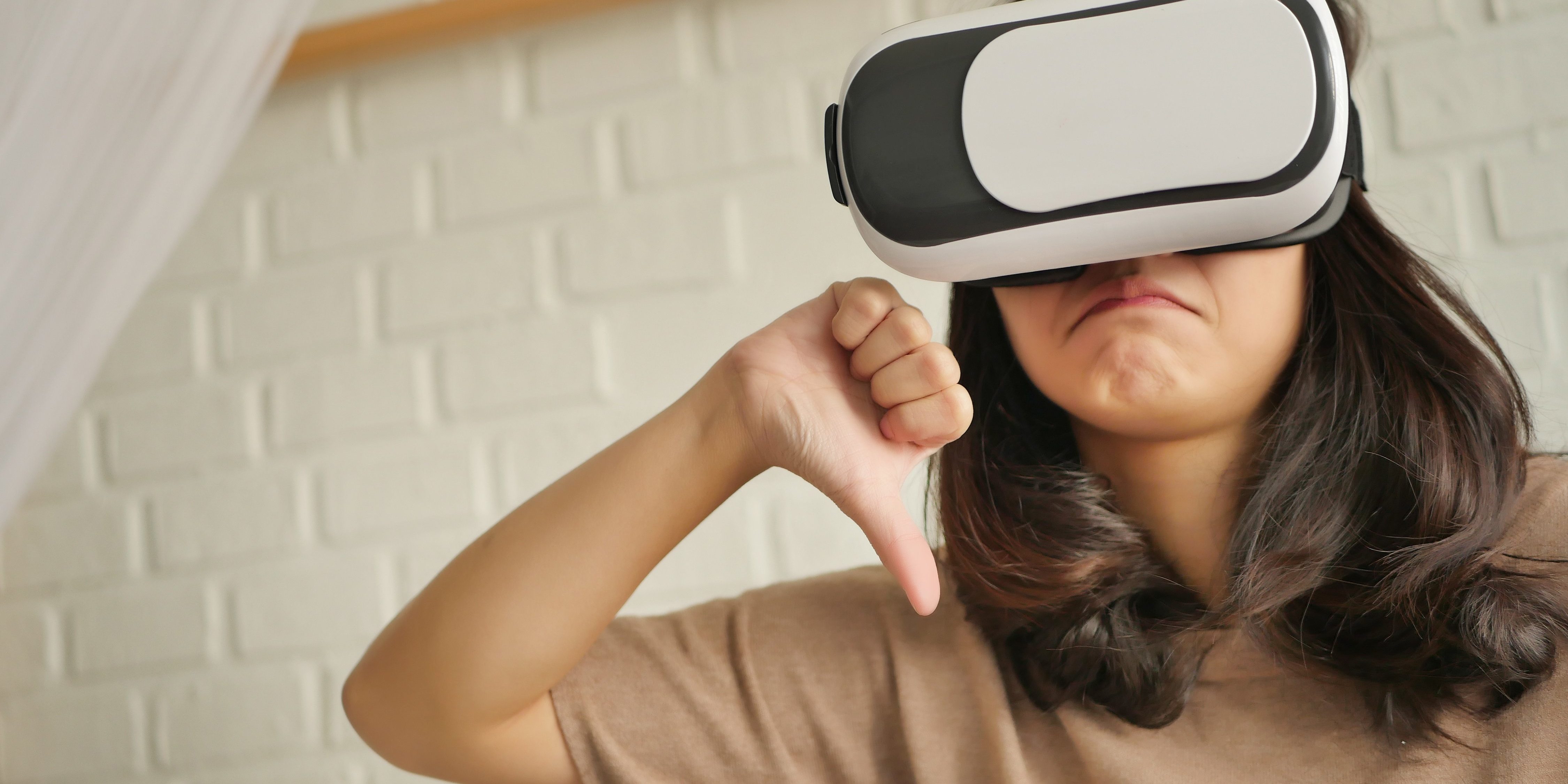 We all have that one friend who tries something and instantly dismisses it, instantly. It’s fair to say that each group or team has their own naysayer. And contrary to what you may think, they are extremely important to group dynamics as long as they don’t bring everyone down.

Critique can be useful when done right and we sometimes see this when we write to developers about bugs and user patterns. As long as critique is constructive everybody wins.

Now when it comes to virtual reality, the critique can be boxed into 3 main groups: health issues, the quality of experience and the industry as a whole. Health-wise it’s bad for your eyes, quality wise it doesn’t look real, and the industry is dying. All these critiques have some truth to them but at the same time the people coming up with these opinions are seeing the bigger picture.

This is a topic we’ve addressed repeatedly and honestly it feels annoying to keep fighting this. You can find our previous articles on the matter here, here and here. But to summarise, there are 3 areas of concern. Motion Sickness, Eye Strain, and “getting lost”. Can you get motion sickness from VR? Yes. But on the one hand, it has to do with the nature of the experience, and your past experience with regards to motion sickness and or the activities the experience has you undertake. Most people don’t have problems with this, and we as a venue strive to provide a good experience that for the most part are designed to avoid sickness inducing movements. But it is also important to note that repeated exposure will have you perform better each time; if you are willing to fight through it.

As for Eye Strain, there is the lack of ocular movement and the fact that you don’t shift focus. The lack of eye movement is real, just as real as it is for PCs, staring at your phone for hours or watching TV or going to a movie. We’re not spending enough time in VR for this to be an issue. The shifting focus part may seem real because we are talking about a screen a few centimeters from your eyes, and because of that, it is easy to assume that because things are displayed on a plane, we don’t shift focus… but we do. Because of the lenses, and the fact that you are looking at 2 slightly different images, getting that depth effect, your eyes will shift focus from the closer object to the one further away.

Lastly in regards to getting lost, on researcher got lost after 17 hours in VR. but the people going for the Guinness world record for the most time spent in VR weren’t having that issue. VR is immersive, and one can easily get overwhelmed and enchanted by new worlds the technology offers. And first-time users will disregard the safety warnings at the time and bump into walls. The thing is that if you come to a venue such as ours, your first experiences will be in nice padded cubicles where you won’t be a danger to yourself or others, and if you get it at home and spend enough time in it, bashing into things or not, you develop a sense of the space and the physical limitations of it, and will eventually stop moving outside the play space as visual cues and muscle memories will keep you in it.

VR is a bad experience

With all the hype that came with VR and all the expectations sci-fi shows like Star Trek, Altered Carbon, or The Matrix have set for us, it is understandable that VR now may seem underwhelming, but we’re getting there. This ties into the health part as well. Some of the first “demos” of VR was having people in rollercoaster experiences, just to show that VR can make you feel something, feel motion sickness. Without a doubt a bad idea, if not horrible. One reason why we don’t have rollercoaster experiences…. The bad experience is usually tied to the visuals as well. Gamers, aware of what high-end graphics can look like, step into VR worlds that look and sometimes feel like games from a decade ago. Unfortunately what they fail to realize is that their top of the line hardware is still insufficient to create the extremely detailed worlds that they know from traditional games, into virtual worlds. But that does not mean that after 10-20 min in it their brain will slowly start to function as if in the virtual world, with its rules and colors. Granted, once you have mastery of the 5 button controller this becomes considerably more enjoyable, but that’s why we have tutorials to get you accustomed to them, their location, function, and use. And then games and experiences will all have quick learning tools to get you going.

Lastly, and one of the most bizarre critiques is VR is Dead at worst and dying at best. After billions of dollars in investment, and analyst forecasts that put the VR industry at astronomical figures by 2020, some 2 years ago, the fact that things are going significantly slower has people disillusioned and depressed. When you had to spend anywhere from $500 to $5000 for a VR setup, excluding cardboard here, people were not as keen to part with their money. The VR market was seen as a large consumer market with millions of headsets. But in reality for the time being one of the pillars of the industry is the out of home entertainment sector. And new hardware like the Oculus Go that came out in August this year at a more accessible price, $200 USD, is a good way to accelerate awareness and adoption. VR is not dead, it’s growing at a significantly slower rate than forecast. And despite the stormy waters one hardware manufacturer may be sailing, right now there are dozens of VR headsets on the market, and we can access most of the best content from a plethora of devices.

Now if you’re skeptical about VR come by and we’ll prove you wrong with a free trial of the technology. And if this article peeked your interest, check out our group packages below!

That’s if for this week, and if you were expecting the Japan Part 5 article, it got postponed to next week, I’m sorry. I’m still waiting on some images.

Until then, see you in the virtual !