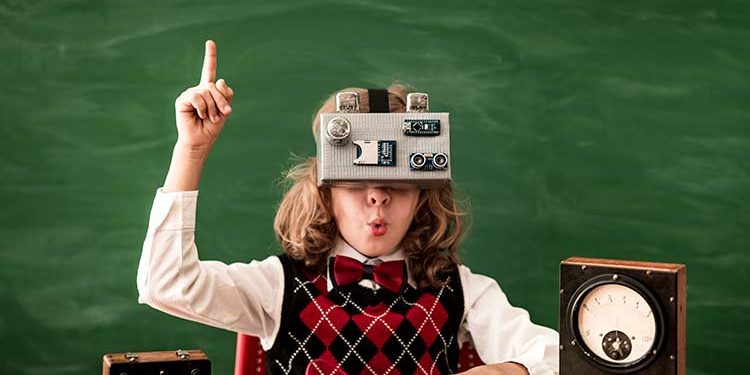 Ever since our Virtual Reality Experience Center opened its doors to the public in April 2017, almost a third of our clientele have been kids. Children, aged 8 and above, were never our target audience and frankly, we were quite puzzled by the amount we had arriving at VRPlayin day in and day out. Although we didn’t plan for it initially, we’ve since done some extensive research which we’d like to share with everyone today.

Motion sickness has been a concern to many since the early days of virtual reality and many people are intimidated by VR mainly because of it. To read more about the cause of motion sickness and how motion sickness is associated with VR, you can read our previous blog post here. However, because kids’ brains and senses are not fully trained to adapt to real world physics in scenarios like driving, falling from sky, etc., they tend not to feel the discomfort of a virtual world that does not align with the physics of the real world. This greatly reduces the barriers or hesitations of putting on the VR goggles like adults may have.

Kids may not know the theory or science behind new digital technologies but they learn and understand technology faster and better than adults above 40. The booming of internet, broadband, and smart devices since early 2000s has created a generation of digital natives. Kids of this generation haven’t seen rotary phones, dial-up internet, or giant cassette players; they are learning how to swipe through smartphones and tablets before they are able to talk. As a result, kids typically find new digital technologies more attractive and are more easily adaptable to them than adults.

Want your kids to get a jump start on the important technology of VR?
Check out our VRKidz Day Camp program!
VRKIDZ DAY CAMP

An instant hit among kids

The immersion virtual reality creates is an experience that most kids have never felt before. They also may not yet have had the luxury to travel or explore the wonders of the world, something VR can allow without the need to ever jump on a plane. In addition, VR’s interactivity allows for learning through real-life interactions meant to cater to children’s desire for creativity. For instance, many early VR apps were 3D painting or sculpting related and because 3D painting is native to VR, we have seen kids create artwork likely unimaginable by adults.

There’s no doubt kids love video games and are highly likely to play games in VR. But through our pilot program of teaching kids aged 10 about the physics of VR, we discovered that they are more eager and quicker to learn when we combine playful explorations and learning programs. We like to think of this education as ‘funducation’. The engagement level of the participating students was extremely high according to their teachers and compared to traditional science classes. Many researchers claim that VR represents nothing less than a revolution for the future of education. And although it will take a few years before VR in education becomes mainstream, there are already early adopters and promoters pushing for VR to play a larger role in how we teach our children.