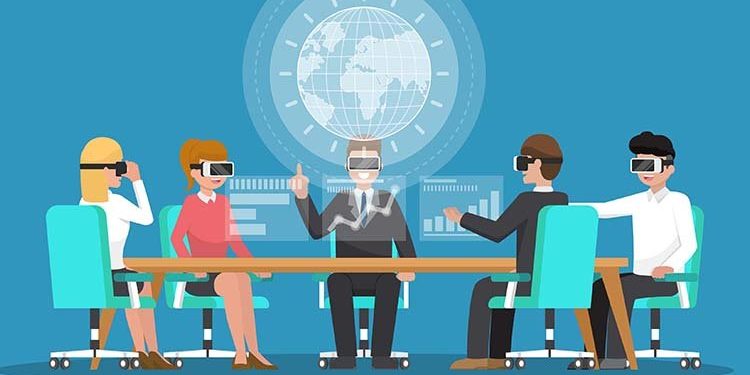 Although Virtual Reality is still in its early stages, as it becomes a mainstream medium, VR will become as much a part of our daily lives as our smartphones. It’s a technology that will change our world and the way we do things, so if you’re not familiar with Virtual Reality, we recommend you read our introduction to it here first. Otherwise, read on as we bravely forecast the ways we believe VR will impact our lives.

The just released “Ready Player One” is an example of what VR video gaming may be like in the future. As virtual worlds start to compete with reality and people begin to find more possibilities in worlds other than the one we currently live in, there will be the feeling that users can literally do anything. This of course will require evolution of not just software and VR headsets, but also VR accessories such as the omni-directional treadmill, suspension system, real time facial expression scanner, full haptic feedback suit, etc. While it may seem fanciful now, trust us when we say that these accessories will, in time, evolve to the point where they can make virtual life feel just like the real thing.

If you’d like to see the full potential of VR entertainment as it stands now, check out VRPlayin’s Corporate Packages in consideration for your next event!

It’s not just gaming. Virtual Reality in education will be a revolution for our next generations, drastically improving the imaginations of students around the world. Even today, classrooms are equipped with audio and visual aids, but imagine the time when a teacher describing the Eiffel Tower has the power to give students the ability to experience the sights, the feel and the perspective of any object by exploring and interacting with them in three dimensions. Every discipline deals with tangible and visual subject matter. And, since about two-thirds of the brain is involved in visual processing, it’s desirable to make each subject as visual and concrete as possible. The adoption of VR in education requires pioneers and experiments as a lack of content, combined with the high cost of VR, is the main obstacle for VR to be widely adopted – issues that hopefully will be resolved in the coming years.

The potential of Virtual Reality in healthcare is endless. Virtual medicine, where patients are distracted to alleviate pain, surgery where physicians practice close-to-real operations as many times as they want, and training that gives healthcare professionals a first person perspective on the pain and symptoms of patients are all already being used to some extent. And because VR one day will be able to directly connect with our brain, it may allow vegetative patients to recover from a comma. Healthcare has already started experimenting with other VR applications, but because it’s a new medium it will still take many years to prove its value.

Marketing is always an innovator and promoter of new technology, especially when you consider the revolution of digital marketing compared to traditional offline marketing. VR may not replace digital marketing but it will complement it. Virtual Reality has already been used by marketing firms for brand activations, immersing audiences in a storytelling mode, something that raises empathy and awareness of the story.  Virtual Reality has also been used to show the interior of buildings and houses to better and more accurately present the properties in a scale traditional video can’t compete with. Due to the high production cost of VR content, it’s not really affordable for all companies yet. But as the cost of VR content reduces, marketers will be able to sell customers items, whether it’s real estate or technology they can experience virtually before buying, allowing for a process that is more realistic and reduces the fluffiness and over-exaggeration of traditional marketing.

Virtual Reality applications in business can greatly improve productivity and reduce cost. For instance, virtual meetings where remote employees will be placed in the a virtual office will allow staff to interact with each other just like in real life, with gestures, conversations, and facial expressions accurately reflected. Eventually, it’s possible real offices will become redundant and everyone will be working from home. Moreover, Virtual Reality will enable employees to collaboratively create 3D objects and structures easily, greatly improving communication that once may have been hampered through different terminology, culture, or even language.

The potentials of VR are endless, and although it is still being developed, in many ways the future is already upon us. As pioneers and proponents of VR, we promote it in every single way possible. So if you’d like to share your views or perspectives on VR, feel free to make any comments below.