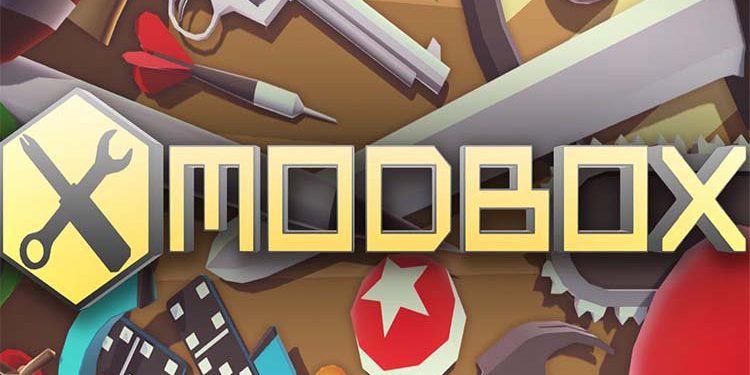 A rare gem hidden in our catalog is Modbox. For some, Modbox is a game, for others in the VR world, it’s a tool. But whether it’s used for playing a game or building one, with a 91% approval rating on Steam, its strength may be the dedicated community behind it, which is important when you consider that Modbox, a sandbox with a focus on user creation, was once a side project game engine built by one person.

For those unaware, the engine is the backbone to a game. It not only sets the rules in which the game can operate, but it applies them. However, an engine is only as vital as the content that it runs. Thankfully for Modbox, the community of developers that are building content for it is broad and engaged.

Although capped at 5 players, the Modbox community has created a plethora of cooperative and competitive experiences for everyone else to enjoy. From a zombie survival game made by the developer that forces players to work together, to a rock climbing simulator that will have you moving to avoid perilous falls, while avoiding being thrown off the cliff by fellow climbers, there’s a lot to choose from.

But why play experiences developed by others when you can make your own? In creative mode, Modbox users can create their own custom experiences. And while this may not be something most would be up for from the get go, if you’ve done VR before, or if you have some technical background, Modbox allows you to make some extraordinary things in a very short time. But fear not, if you lack the expertise, the developer has made, and is constantly making through simplified interfaces and objects that do the programming for you

So if this is getting you in a creative spirit why not check out our play packs and get your team in VR, remake your office space and survive a zombie invasion in it; make a maze, climb the CN Tower or just goof around with AI chatbots with skeleton bodies.

As an (in)VR game maker space, Modbox comes packed with a host of environments and tools to get you started. You can easily create waves of swordsmen to storm a fort you are trying to defend, or do the opposite. And if you are with friends, why not split into teams and do both? The possibilities are limited only by your imagination. Until then, stay creative!