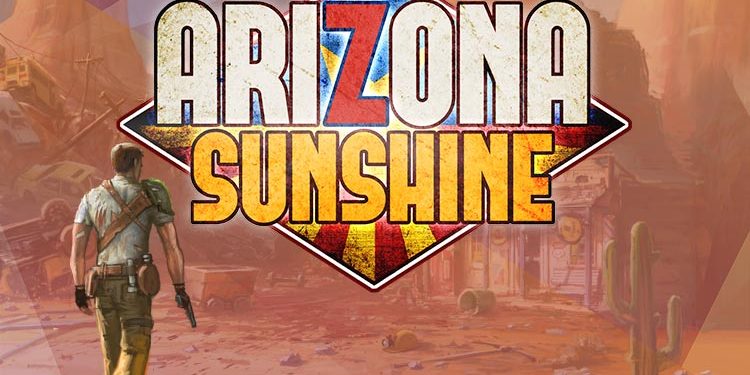 Whether it’s Night of the Dead, Resident Evil, The Walking Dead, iZombie or the Santa Clarita Diet, there’s just something about zombies that people love. Some may see them as dark reflections of ourselves or our society, while others are just removed enough from people to feel no regret for shooting them.

Welcome to Multiplayer Content Series Part 2. If you missed the previous article you can check it out here, while my introduction to the series of titles I’ll be writing can be found here.

And with that out of the way, let’s talk about killing zombies.

Over the course of their history, zombie stories in popular culture generally focus on a group of people trying to survive a zombie apocalypse. As the group finds their bonds growing stronger with each encounter, each episode, so too does their suffering increase when someone from their group is lost.

Conclusion: Fighting off zombies is a team building activity.

All that brings us to Arizona Sunshine, one of the highest rated VR zombie shooters of all time. Nominated at UploadVR’s best of 2017 awards for the PlaystationVR and the new Windows Mixed Reality platform, it won VR game of the year in 2016 and best HTC VIVE game. It’s also, as you can imagine, an incredible team building activity.

Unlike Rec Room’s quests where there is a clear objective far off in the distance, in Arizona Sunshine the goal is to simple: to survive an onslaught of zombies, the number of which grow with each passing wave.

To ensure your survival, several circumstances must be met. First, because ammo is scarce and most zombies die with a single shot to the head, it is important to keep calm, aim properly and manage your ammunition. Secondly, because group survival is important, you have to constantly be aware of where the members of your team are, what they’re doing, and perhaps most importantly, know how many zombies are around them. All of these elements show just how important communication is in this game. I can guarantee that a silent team will get separated, will run out of ammo, will not inform others of zombie movements, and will get themselves and their team killed. The painful repetition of succumbing to zombies teaches teams the value of communication, some going so far as establishing different strategies prior to each new game to see what would have them survive the longest, only to succumb to the zombies, and reiterate the next time.

We all value communication at some level, but rarely dedicate time to become better at it. As a game, Arizona Sunshine is excellent for this, as it pushes people into talking to each other. A few tries in, a silent player will call out to another to look behind as zombies are creeping up. Someone else may scream that they are out of ammo and accept their fate only as the team eventually realizes that by talking to each other and sharing resources, their odds of survival increase. Out of this cooperation, strategies begin to form, ammo checks happen and the team begins to have fun, stepping up for the challenge and pushing themselves to do better each time.

As teams grow more confident and experienced, Arizona Sunshine can grow even more difficult through Horde mode, which offers 3 vastly different environments that can also push a team in different ways.

There is the Canion, a simple king of the hill type scenario where everything is given to the players except for a place to run; Undead Valley, where ammo is abundant at the start but exceedingly scarce as players survive the waves; and The Mine, a world that exists in nearly complete darkness, where the only light is that provided by the player’s flashlight or miner’s hat. While they each offer something different to the user, all three experiences require cooperation and communication under high stress, things that can easily transfer over to the workspace.

Through repetition and communication, a group can transform from a band of weary survivors to a team of calculated zombie killers, a team that you can rely on.

So, what are you waiting for? Bring your team over to VRPlayin, complete our 3 course training regime, and ready yourself for the coming zombie apocalypse!