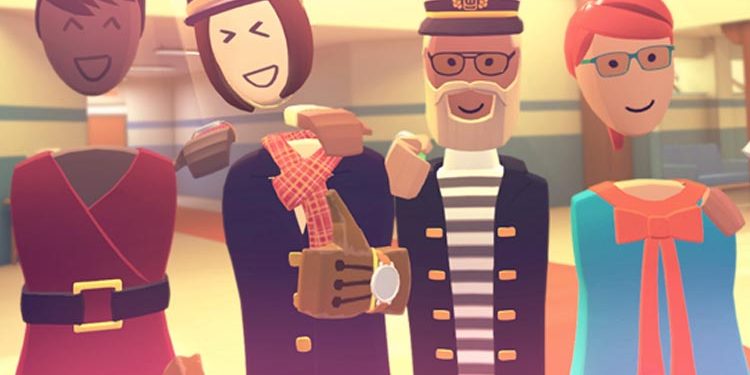 Since VRPlayin opened its doors in April of 2017 we’ve had all kinds of events happening in our venue, but by far the most popular is the birthday party, and the age ranges might surprise you. Yes, as one can expect, a lot of these parties are for kids (preferably 8 and up), but to our surprise, our first party was for the 90th birthday of one gentleman and his great-grandson who was turning 3. While the toddler did not use the equipment, the other birthday boy was winning at virtual mini golf against people two-thirds, if not half his age. He was a good sport about it though.

There are several misconceptions about the technology of Virtual Reality that steer people away from it. We’ve addressed the common and not so common ones in previous posts here, and here. But to summarize, like with all things in life moderation is key, especially for kids. Too much food or coffee and not enough sleep and exercise can have negative effects on the body after prolonged exposure or lack thereof. With technology, just like any job involving hours in front of a computer screen, it is important to take periodic breaks. This idea is similar with VR, but as the screens are somewhat closer to the eyes, they tend to get tired a bit faster over staring at a TV or smartphone all day. But some of our guests and staff have spent several hours in the various worlds, while talking to their friends or coworkers on the outside. Again, it’s about knowing limits and moderation.

Now that we have the serious part out of the way, let’s talk about the fun aspects. At first glance, a VR party might appear to be a bunch of people playing a video game online, alone in their dark room with cheetos on the carpet. The only thing resembling that aspect is the fact that only one person can use a VR system at a time, and you need several of them to do virtual things together. Plus, if it’s a birthday party, there has to be cake! While venues such as ours can be easily compared to internet cafes (and a young me has been to birthday parties at internet cafes), the things you can do in Virtual Reality are nothing in comparison to what you can do at a net cafe. It’s actually more similar to outdoor activities. We often tell people that VR is not all games, as playing video games does not immediately make you better at VR. It might help with the buttons, but not the situations. And the great range of activities VR can provide will insure that there is never a dull moment at your party, as you can switch from virtual paintball to fantasy quests, to making your own world with crazy rules to protecting the world against armies of trolls and orcs.

Your experience of the ‘games’ is enhanced by your the abilities you bring to it from the real word. Kids with their creativity, teens with their thirst for adventure, young adults with their need for purpose and older ones still curious and with a spark in their eye will all find something fun and engaging in VR. As we are talking about birthday parties, there is a huge list of titles that can bring loads of fun to any party.

Are you already considering celebrating a birthday in the virtual world?
Check out VRPlayin’s Birthday Party Packages and celebrate turning any age with us!
VRPLAYIN GROUP EVENTS

While our full content list can be found here, in my opinion there is one title that stands out above all others when it comes to parties. And that is Rec Room. An amazing colorful experience that has a host of activities built into it. From the classic Charades, where you draw images as your friends frantically try and guess what it is, to familiar sports such as Dodgeball, Disc Golf and Soccer with a twist. Not only that – it also has laser tag and paintball in large open environments that you have to navigate with your team to capture the flag or partake in a team death-match. Or their latest addition of Rec Royal, a game mode that is all the rage now with Fortnite and PUBG, but in Virtual Reality, where up to 16 people try to compete with each other to become the last one standing. And lastly, when it comes to activities, Rec Room has these awesome quests you and your group can go on, quests that really require you to communicate and cooperate if you want the treasure at the end.

But Rec Room has something cooler than just predefined games, it allows users to make their own wacky worlds and games, from space fights to a Star Wars museum, to some weird pirate ships being eaten by a kraken where everyone has swords and shields but the captain can have a magic wand. And it also allows the host, aka party boy or girl, to control a lot of these aspects, from queen/king for a day, to a game of archery tag.

But as you can see from our list mentioned above, there are titles that allow you to fly around or explore or create. And VR allows you to do a lot of “crazy” things you’d dare not do in the real world. It allows you to have exhilarating experiences without any of the possible dangers. I mean, paintball hurts, rock climbing is risky, hiking is trying and not always in a good way, axes are heavy for kids, and watching TV at a party is boring. And while you may be allowed to drink, your kids most likely not. Food for thought until next week, or your next birthday!