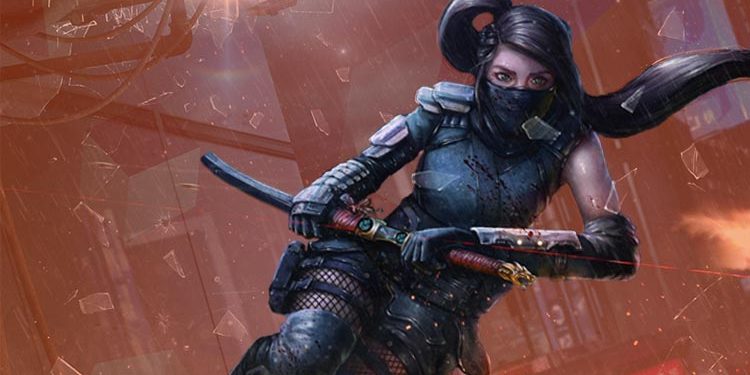 As a kid growing up in Eastern Europe, I had the cliche dream of becoming an Astronaut in a country with no space program at the time. Yet as time passed and Hollywood action movies made their way into the country, I became fascinated with the likes of Bruce Lee, Jean Claude Van Damme, Jackie Chan and Jet Lee. You may sense a pattern here if you have read my previous blog posts. 20 years later, I can come close by becoming a ninja in VR with Sairento; and that’s what we’ll be talking about this week.

Sairento is a game I got introduced to while working at VRPlayin, and it’s a game I like so much I bought a copy for myself at home and have played religiously ever since. It is what I put people in when they ask me about the potential of VR.

What’s cooler than backflipping (yes that’s a thing) in slow motion while shooting the enemy that was chasing you in back of the head? Or jumping and sliding (yes, also a thing) with 3 of your friends from rooftop to rooftop in the middle of the night and viciously taking out enemy sharpshooters, then falling down with a ground slam on the unsuspecting patrols on the streets. I think that alone should hype the game up enough, but just in case you need some extra convincing here are 3 more reasons why you should come and play Sairento with your friends or co-workers:

It will blow your mind! As mentioned before it is THE game referenced when discussing what can be done in VR. In Sairento, you have the largest arsenal out of all our titles: pistols, rifles, shotguns, swords, bows, glaves (think Xena), kunai (throwing knives), shuriken (throwing stars) and of course your bare hands. In order to move around, you jump like a ninja, do slides or ground slams by crouching and wall runs or backflips by jumping onto walls.

(Jedi got nothing on you)

Multiplayer: This is still the multiplayer series, so as such this experience can be shared with up to 4 other skilled assassins. Coordinating attacks and having each other’s back is essential when facing overwhelming numbers of mechanised samurai, flying geishas or other fallen ninjas that pounce at you from the shadows. Your team will have to think on their feet, develop strategies and prioritize specific opponents to ensure that everyone makes it to the end of the mission. Should someone fall, team members will have to scramble to their aid else the odds will quickly become overwhelming. The game does adjust for the number of players, but as the saying goes: the more the merrier.

Social: If you’re thinking that you have more than 3 friends or a team larger than 4, the developers got you covered by recently introducing a 3rd person perspective view so you can see what’s all around your badass friend and not just what they’re seeing. This will give people waiting for a turn a chance to better understand what they will be up against while also helping out in the meantime.

Want to become ninja fighting assassins with your co-workers?
Check out our Corporate Event Packages in consideration for your next team event!

So if you’ve ever wanted to jump around and kick some but lack the training to be a true martial artist, Sairento will give you the opportunity to live your childhood dream. Then again, now it doesn’t have to be just a childhood dream.

Next week we’re going to take it easy and get creative with MasterpieceVR – an amazing tool for artists and an equally amazing tool to showcase the power of collaboration in VR.