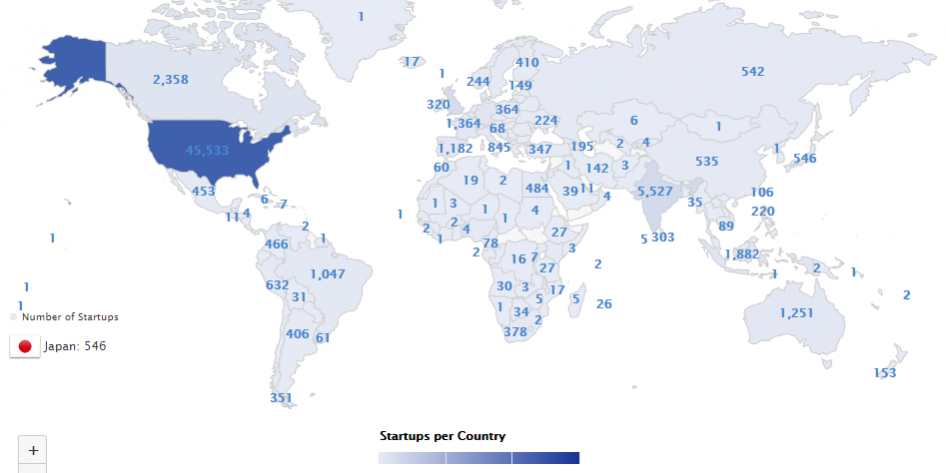 While the word ‘Startup’ was what I wanted in the title, I realized it would not define all the companies touched upon in this post. This is not due to the lack of innovation that they bring to the industry but in some cases, we will be talking about big companies with small innovative uses of VR as well as the public sector’s interest in the technology.

If you missed the previous entries you can check out them out here: Part 1 – Overview,  Part 2 – VR Zone.

But before can get into small and medium businesses in Japan we must become aware of something relatively unique to Japanese (and Korean) culture. The dominant trend among young adults is to strive to get a job at one of the existing megacorps and work there until they retire. These corps are considerably more integrated into the social strata. Samsung in Korea, for instance, has the largest credit card company and a top of the line medical center ( 3x hospitals + research center). The concept of salary-man stems from those working at these large enterprises. This risk-adverseness is also present in business decisions, the best example, and probably a bit extreme is Nintendo, while the Switch is a great hardware innovation, the Nintendo content on it is the same, with some variation: Mario and Zelda, there is an audience that loves it, and that is great.
While people have been opening and operating new businesses in Japan, the volume of this has been relatively small. But in recent years through the trend has been shifting, with more and more people opening new enterprises and among these some impressive startups, including virtual reality.

So with all that in mind, let’s talk about a true startup and move back from there. While in DriverCity a Mall, on one of Tokyo’s Artificial Islands, I’ve had my mind blown repeatedly. This was done in large part by Tyffonium. At VR ZONE when you step on a platform and step and get strapped in head to toe, and there is a big Mech suit next to you, you know what’s gonna happen, it all makes sense. Ok, maybe I’m jaded, sorry. But this place with it’s all purple room blew my mind, and I can’t overstate that. I may have not shown that to the CSO in our chat after, but the coffee had yet to kick in.

So what blew my mind? The purple room could have equally been green but that would have killed the mood. And while MR may not be a new thing when you’re watching it on a screen, but the innovation comes at the use of the HMD built-in camera. The experiences, built in house, have you see your companion(s) in your scene, through your HMD’s camera.

Going in succession, the 1st experience was The Corridor, that uses non-euclidean physics, (spinning in circles and ending up in different places), backpack PCs and VIVE trackers not controllers. I could see my partner as a ghostly projection as we navigated the Corridor and avoided its horrors. And when the floor started to shake my mind was blown for the 2nd time, as there was no distinction in the floor when you walk into the room. And of note as well was the fact that the room was large enough that we’ve never seen the bounding grid until i’ve actively tried to find it.

The second experience was Fluctus, a fun 5 player sailboat joyride under the sea with jellyfish… that you get to by falling into a waterfall in the middle of the sea, and ghost pirates fly to your ship and claw at you with their bony fingers… fun. Using the VIVE Pro, and just the HMD for this one. hence the 3rd mental explosion. The Pro has 2 cameras that can be used for limited AR… thus gestures. So I’m proud to say that I have successfully snatched jellyfish out of the air and pushed ghost pirates of or our ship, with my fist and some stronger slaps. All the while holding on to the rail as i watched  my captain was spinning the ship on its axis using the steering wheel… the steering wheel was a physical prop… mind blown (x4).

So overall an experience definitely worth the money… once. And this is something I touched briefly in my post-VR chat. While aware of the lack of replayability the company aims to keep innovating and open up more locations, in Japan and… other places 🤐.

The 2nd location that brought me a lot of joy and surprise, also in Driver City, was VirtualLink by Konica Minolta. Yup, the printer company. Well, more of an “imaging” company. VirtualLink comes as a seemingly natural step for Konica Minolta that has 2 planetariums under its wing, and plans to expand into the VR entertainment space.

The presence of VR by Konica although impressive, is made spectacular by the fact that they use PSVR, the one headset that refuses to be commercially available to any extent, tied in to the fact that they’ve managed to create a system that allows 50 PS VRs to exist in the same world, Granted a simplistic world, but each participant is presence and contribution is visible.

The experience: part educational, part cooperation, part silly. Although it was an all japanese audio track, and my mastery of the language is laughable at best, I still managed to pick up on some of the educational bits and was able to mimic my partners actions. Your aim is to recreate the solar system. And based on the number of players additional celestial bodies are a added. As there were about 12 of us, we only made the Earth and the Moon. And the way that was accomplished was with gaze based control of small AI companions that would interact with the thing you were staring at for a sufficient time.

Each interactive phase was followed by an educational phase, so after character creation, we were followed with solar system education, and creation. Then after making the planets we got a briefing about their properties and relationships, and lastly after (unsuccessfully) defending the earth from asteroids (totally not my fault), we learned about hominids and life on earth.

Lastly and outside of Tokyo, in the lovely city of Kyoto, that place with the most UNESCO heritage sites/km2 is Ninja VR that also offers something quite unique. Now unfortunately my time in Kyoto did not permit me to visit Ninja VR but their website is showing.

They offer two Ninja training in and out of VR, with the option to get the VR component by itself at a lower cost. The nice thing is that it is a more complete experience, albeit singular. And the VR component of it seems to have been built in-house and their choice of visuals is among the trippiest I’ve seen, I’m saying this in a good way. I would say it strays away from the beaten path in a similar way in which Run of Mydan does. Although Run of Mydan is a multiplayer game, I can’t speak for Ninja VR.

So if you want to a multiplayer experience, play together with 2, 3, 17 of your friends, and you don’t want to go to Japan to get it, check out our group options: for a party, an event, a rainy Thursday…

At the end of the day, contrary to the skepticism presented in Part 1 of this series, the little “indie” VR venues that exist have a lot going. And despite going for a more singular experience, you are getting more for your money than a 10 min ride.