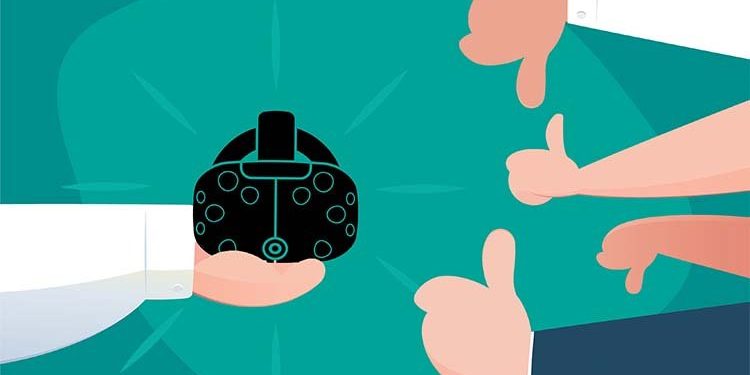 Virtual Reality, also known as VR, is a term that gets thrown around a lot these days, alongside with Augmented Reality, or AR; Mixed Reality, or MR; and Extended Reality, XR. We’ve written in the past about what VR is, which you can find here, but the gist of it is that it is a system comprised of a hardware component that you put on, like ski goggles, and a software component that represents the virtual world you see through the lenses of the physical device.

What makes VR amazing is the fact that it can take you to new worlds that you can get lost in for hours on end, in spite of the fact that the technology is still in its earlier stages.

On the hardware side, its best experiences almost always require a PC and VR system tied to it. The best of these include the HTC VIVE, which we use at VRPlayin, and the Oculus Rift. There are other hardware solutions out there but they are either still in development or not available for commercial or consumer use.

Of note on the topic of hardware is the movement it permits. High end VR, like that mentioned above, will permit users to move around within a space and will have screens that display information fast enough to avoid nausea or discomfort.

Then, beyond the hardware is the experience itself. Though there are amazing VR applications designed for a single user that provide exquisite story elements and character depth, we believe that some of the best experiences in VR are those that you can share with friends.

It’s exactly this level of interaction that VR can provide which is one of the technology’s absolute strengths. In order to get the best of VR you have to have some level of agency, of acting in the world or at least being reacted to by the characters moving around you. This adds more to the level of immersion one feels within a given experience.

Want to experience ‘The Good’ of Virtual Reality for yourself? Check out our Corporate Event page in consideration for your next team building outing!

On the hardware side are things like Google cardboard, a cheap technology which is ok for watching 360 photos or videos but loses ground fast when it comes to the level of interaction the hardware permits. Google cardboard and all other phone-based VR tracks the rotation of your head and maybe that of a single controller. Phones can also present other issues such as overheating or not being able to hold a minimum of 60 frames per second which can result in nausea.

On the software side experiences such as roller-coasters may seem like fun, but just because you want to make someone feel how real VR can seem, that does not mean you have to give them motion sickness or vertigo.

And of course, like in any other medium there is bad content, which is not say that a VR roller-coaster game is bad, but merely that it’s a bad place to begin a VR journey, especially if it’s on a phone.

Again, on the hardware side, here I would list GearVR and Google Daydream (despite being based on premium phones) and the Playstation VR headset. While they all get the job done, neither tracks the user as well as the current industry leaders. As for standalone VR headsets, including the Oculus GO released at the beginning of this month and the Vive Focus which is currently only available in China are similar to that of a “good” high-end device. Standalone VR is the midway point between the high-end PC VR and the low-end phone VR, but share a lot of the hardware similarities with mobile phones meaning that as a solution, they are better than the phone headsets, and more portable than the PC ones, yet on the software side they are desperately lacking content.

In conclusion, while we can give you a taste of room scale VR where you can walk around and interact with things on an HTC VIVE, you can find the differences about various headsets here. Or if you want to skip to the spreadsheet version, you can find that here.