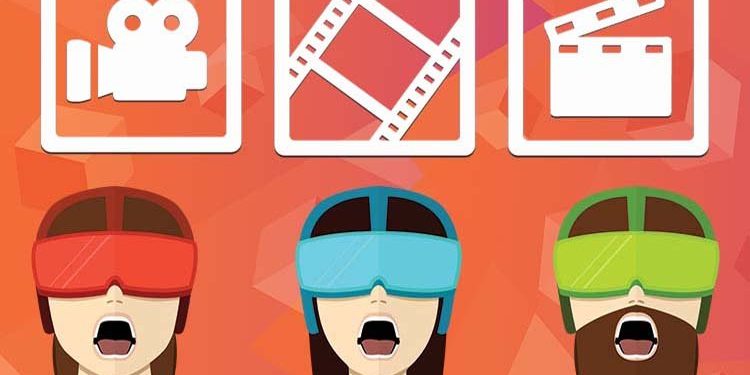 After talking about the medium of Virtual Reality in the music industry and pop culture in general, this week I’m focusing on the influence it has had on both film and television.

The obvious mention is, of course, Ready Player One, which was based on the popular novel of the same name by Ernest Cline, and released back in March of 2018. However, beyond that, you might be surprised to discover that the idea of VR has been a subject in media dating back to the 1970’s.

In 1976, the British serial Doctor Who aired an episode based around the concept of a dream-like computer-generated reality. Funnily enough, it was known as the Matrix in the series (but I’ll get to another Matrix later on). Another more popular example you might recognize is the holodeck from Star Trek, which allowed participants to engage with various Virtual Reality environments.

More recently (and my personal favourite) is the episode ‘San Junipero’ from the British science-fiction anthology series Black Mirror. If you haven’t watched this show yet, stop reading this and get on it right now. Although aired in 2016, the episode features a simulated reality that takes place in 1987 in a beach resort town titled San Junipero. Characters can enter the world even after death by choosing to be uploaded to the simulation and live on as a younger version of themselves. The theme of nostalgia therapy is present here, which VR is already being introduced to in the healthcare system to assist patients with dementia.

Moving onto the topic of film there is, of course, The Matrix. In 1999, the film (and later sequels) takes place in a dystopian future exploring the possibility that our world could actually be a virtual reality called “the Matrix”. What humans perceive as reality is actually a simulated reality created by artificially intelligent machines in an attempt to subdue the human population. I don’t know about you, but almost 20 years later this is all starting to sound eerily possible in the near future.

I think everyone saw the movie Inception back in 2010. It shattered the box office and appeared on several prominent film critics’ top ten lists. This mention is perhaps a more loose comparison to the concept of VR, but does involve around the idea of infiltrating your subconscious; creating artificial thoughts believed to be so real that once they are implanted the person is absolutely convinced that they are in fact their own thoughts.

Going back to Ready Player One, the film takes place in the year 2045 and revolves around the concept of most humans now using Virtual Reality to escape the desolation of the real world. Perhaps the most direct and frankly, quite possible, mention in this article, Ready Player One shows what the future of VR could become (in some ways – it is fiction after all).

Looking back, it doesn’t surprise me that the concept of VR can be dated so far back. The idea of escaping reality to be a part of something bigger or better is a common theme in media especially.  At the core of it all, everyone wants to be happy, and if people can jump on the chance to be distracted by their real life problems for even an hour, then so be it. As long as we practice everything in moderation and know when to jump out of the headset to smell some real world flowers, I personally don’t see the danger in indulging now and then.

Want to try it out for yourself and see what all the hype is about?
Come to VRPlayin with friends and escape together with your choice of nearly 50 experiences!