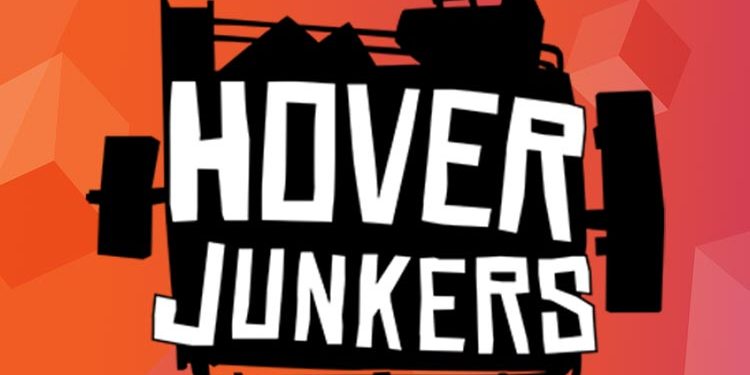 The future is now! Or so we’ve been saying for years.

But of course if you want to believe that the distant future is a dystopian hole we’ve fallen into thanks to the technological utopia we’ve created, well then yes, the future is now!

Continuning with our multiplayer content series, welcome to the world of Hover Junkers, where a self-conscious AI bartender serves you hot dogs in the middle of the desert and the world looks like Mad Max discovered anti-gravity propulsion systems.

So if you’re hooked already, consider reading up on our play packages, throw your team in the VR thunderdome desert, and have them come out stronger and closer than when they’ve jumped in.

With a production mantra of zero stress, the creative minds behind “Stress Level: Zero” have created new a title that has quickly risen into our top 3. And due to its unique mechanics, player independence and customization, and one of the more intense locomotion systems, we suspect that it will remain popular for a long time.

In Hover Junkers, players pilot hovercrafts made from scrap metal and the remnants of what the world was. They have a chance to customise the arsenal they wish to bring into the game while specific reinforcements can be added to give players added protection.

The tile can support up to 8 players in Free for All or Team Deathmatch, and while a good way to get the hang of the game is by shooting everything that moves, a little bit of structure can go a long way. In this case it’s teamwork, and Hover Junkers adds something unique to it.

Hover Junkers brings teams together in a new way by having multiple players on a single craft. This enables the pilot to focus on navigation and maneuvering while the gunner can use both hands to shoot down the opposition. All this means pilots and gunners on the same team can cooperate to develop more effective strategies against the other team, who themselves could prefer to play as solo pilots in order to best outflank them. And with a plethora of weapons to pick from, the choice of individual playing styles and team strategies can be a difference maker.

Unlike many other multiplayer titles, Hover Junkers does not put teams together to accomplish an objective, like capturing the flag or finishing a complicated puzzle or mission. What Hover Junkers does is center its collaboration on a more personal level. Whether it’s between two individuals, a team of four, or some combination, the game changes based on the numbers of players and teams configured. Think of it as couple’s therapy. When two people are placed in a strange new environment where they’re forced to survive, their bonds grow through communication and collaboration and ultimately a better understanding of each other  emerges. And, in the case of Hover Junkers, they’ll be having fun while they’re at it.

That’s it for this week’s title, next week we’ll see what an escape room in VR looks like and why it can be a lot more fun than the “real” thing.

And as a closing note: keep that stress level: zero.