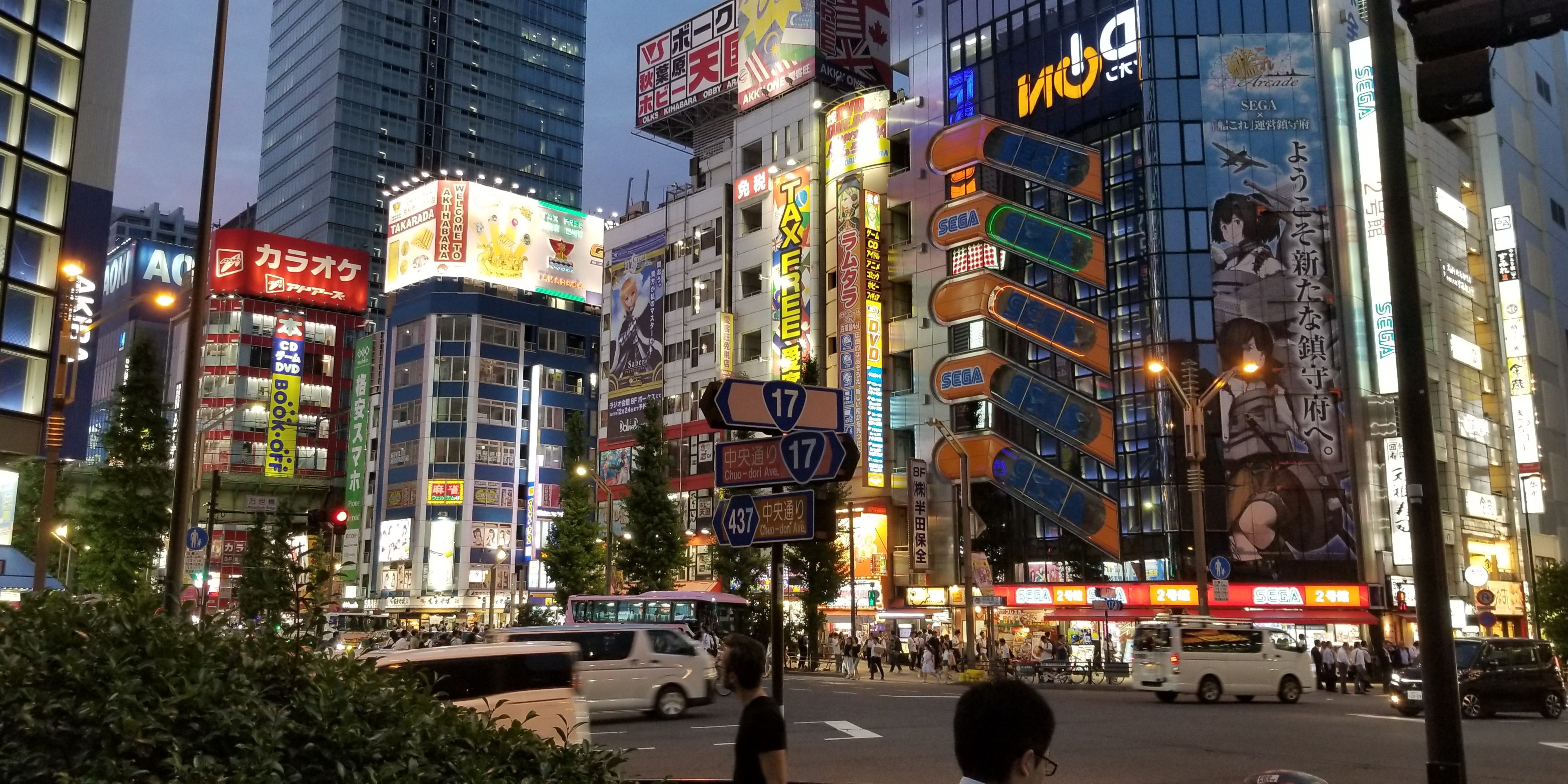 This is the last part of the “VR in Japan” Series, for 2018 at least. If you haven’t followed so far, then I recently went to Japan on a work-vacation, work-cation, trip and have done my very best to sample all the country has to offer in terms of virtual reality. Needless to say, I was almost disappointed, but there is hope. In previous parts I’ve given an overview of the industry, talked about VRZONE (probably the largest VR venue in the world, size and headset count wise), I’ve talked about the underdogs and VR for promotional use. What I left for the last part is the big boys, but not the big boss, as that title will stay with VRZONE at least in Japan, outside VR PARK in Dubai may prove to be a worthwhile contender. So without beating around the bush anymore, today we’ll be talking about SEGA and Adores.

We may all know SEGA for its console and games, but inside of Japan, it has a considerably larger presence, like Tim Horton’s Canada, almost. As an entertainment brand, it has numerous arcades, across all major cities. I may be wrong in recalling seeing one across the street from each other in Akihabara. Having the background in both the arcade and VR space combining the two seems like a natural thing. But honestly, it seems surprising that they were so late to the party, both as a service and a product. And one may ask themselves if it has anything to do with the bad timing and R&D results from the SEGA VR that was aimed at working with Genesis.

Since my trip in July, SEGA has opened up JOYPOLIS VR SHIBUYA, a dedicated location this past September and the information on the topic is somewhat limited due to the language barrier and lack of reporting on the matter. This raises the number of venues to 4: 2 JOYPOLIS locations in Tokyo, and the 2 SEGA VR ARENA locations in Osaka and Tokyo.

All these locations are true arcades. With a note that similarly to VRZONE the JOYPOLIS and TOKYO VR PARK (Adores) charge for entry if not bought with an experienced ticket. But as far as business and layout are a concern: the classic ‘90s arcade model is true and true, the key difference being that there are a lot more attendants helping people out, granted significantly less than at VRZONE but still noticeable. While I cannot say that the SEGA VR ARENA in Osaka is necessary in a tourist trap, it is definitely within a larger entertainment area of the city. But the remaining 2 locations that I visited are in legitimate tourist traps: Akihabara and DECKS, the former being one of the central hubs of Japanese pop culture and the other a huge entertainment complex on an artificial island south of the mainland. (intricately connected by trains and bridges of course)

Of note though is that while the arcades, even the Adores ones, have SEGA machines and games, SEGA has invested little so far in developing their own content, at least in when it comes to VR, opting to use the tried and proven work of the Australian Zero Latency and the German developers behind Tower Tag. Two “higher end” experiences that use real-world objects and barriers, in the case of Tower Tag, or a larger free-roam space, in the case of Zero Latency’s work. Both developers working with backpack PCs for the added freedom to the player.

Similarly to SEGA, Adore has a prominent presence in the arcade space in Japan. Maybe it was an Adores arcade across that SEGA arcade mentioned earlier, they use the same colors. And has similarly developed a VR space within some of their venues. They are the ones behind the Tokyo VR Park in… you may have guessed it, Akihabara. And they have a satellite site in the heart of the north, Sapporo. And both locations were surprising finds.

Starting with the Satellite, I was only ~36h in Sapporo unfortunately and when I go to the venue the VR component was closed but was still able to walk around the devices and pester the attendants in my cracked Japanese and decipher some of their cracked English. (Google Translate, you will forever be my hero.)

I was quite impressed by the use of early generation Pimax headsets for some of the rides, and this leads me to think that the solution may have been implemented or design when Oculus was still in its early DK2 days. I may be wrong with these wild speculations though, as some of the other experiences were using the VIVE, the main site in Tokyo, was using VIVE all over though.

Going to the TOKYO VR PARK, I had the pleasure of chatting with a very passionate staff member who gave me an enlightening frame of reference for VR in Japan and as venues. With the advent of more and more accessible VR, and the upcoming Oculus Quest in early 2019. She was aware that accessible VR was coming and venues such as ours need to evolve and offer something more, something that people would not be able to experience at home.

Another interesting revelation that did not hit home after VRZONE but did once I was at VR PARK  was the dedication to customer service. The skirt towel is a nice, but the true added value comes with companionship. Having a member of staff joining the experience with you after you have started gives you an odd sense of comradely, at least in the co-op games. It was nice to see someone else training beside me in the Dragon Ball Z game at VRZONE. VR Park took this a step forward as some of the experiences required a higher level of collaboration, and single players were joined by energetic staff that offered the support they needed without taking any of the credit.

Despite visiting at closing time the place had a surprising number of visitors, and the main attractions were in use.

One thing that both the Adores locations and the SEGA VR ARENAs have in common is that they leverage the existing arcade space and give VR its own floor. To clarify, all arcades (that I’ve seen) in Japan are on several levels, sometimes, like in the case of Tekken, a whole floor is dedicated to it, and another one will most likely always be claw machines.

And as claw machines bring up memories of lost money and personal failure, I’m gonna call it a day, and conclude the VR in Japan Series. If you have any questions regarding my experience, observations or insights don’t hesitate to reach out.

Thank you for reading and see you in the virtual!